Autism Spectrum Disorder is a lifelong disorder that emerges in the first year or two of life. It consists of disturbances in the following areas:

Autism is normally the common name for Autism Spectrum Disorder (ASD). ASD is the collective term for individuals affected in the aforementioned areas. Due to the diverse symptoms the word spectrum is used. Another term often heard is Pervasive Developmental Disorder ( PDD). This refers to the milder form of Autism while ASD is the more severe form.

PDD – NOS refers to Pervasive Developmental Disorder – Nothing Otherwise Specified which again is a mild form of this developmental disorder. Autism is found in males four times more frequently than in females and affects 1 in 500 children.

In general, the age of detection of ASD varies with severity and developmental delays, especially in communication and social interaction. Usually this disorder is identified after 18 months of age.

Infants with ASD have been described as either lethargic, preferring solitude and making few demands, or highly irritable, with sleeping problems and screaming and crying, as well as more frequent tantrums, repetitive movements and ritualistic play, extreme reactions to certain stimuli, joint attention and communication difficulties, including a lack of gestures and lack of pretend and social play, according to research.

What are the symptoms of Autism?

Since autism is a developmental disorder its behavioural manifestations vary with age ability. Its core features, present in different forms, at all stages of development and at all levels of ability, are:

Deficit in communication involving delay in language development is one of the core features of Autism Spectrum Disorder.  The variance in expressive/spoken language features seen across Autism ranges from no productive expressive language to verbal fluency.  Some studies reveal that approximately 80-90% of autistic children develop some functional speech by the age of 9 years.

Check if your child has a speech delay: Get a screening test now

Early intervention improves outcomes in young children with autism.  Despite increased awareness, many children are not diagnosed with autism until age four or more! Detecting autism as early as possible is essential. Autism is diagnosed by observing a child’s behaviour and looking for specific symptoms.

The following are 15 early signs autism/Red Flags to identify autism. If a child is not

Contact a Speech Language Therapist if you suspect any of the aforementioned difficulties with your child.

Autism has previously been connected to emotional, physical, environmental, and health-related deficits. ASD was thought to be caused by ‘cold mothers’ who failed to provide their babies with a healthy caring and emotionally sound environment. But sufficient research has suggested that the main factor that causes Autism is Biological preponderance.

Approximately 65 % of individuals with ASD have abnormal brain patterns. The incidence of autism is higher when accompanied by prenatal complications, Fraglie X syndrome , Ritt syndrome and a family history of autism.

Genetic link . Research is still on. It is opined that there might be several genes involved which express autism.

All these issues precipitate the language deficit symptoms including inability to identify the relevant contextual information, echolalia and poor social skills

What to do When Your Child gets an Autism Diagnosis

When Your Child gets an Autism Diagnosis

Success stories of people with Autism 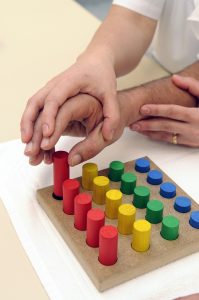 When Your Child gets an Autism Diagnosis 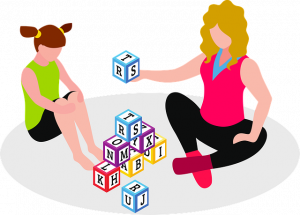 Autism Series I: What to Know About ‘Screening’ a Child for Autism

Autism is a complex condition/disorder wherein the individual or child shows challenges in the areas of social skills, communication skills and behaviors. The disorder which falls within the Autism Spectrum Disorders (ASD) has a range of symptoms which may vary from child to child.

For parents of young children, knowing when to screen for possibility of Autism is important. However, few of the frequent questions raised by parents about screening include- “When do we need to screen a child for Autism?” ; “How is screening done?” ; “Who conducts it?”; and “Why is it important?”.  This article further describes the responses.

The screening assessment is different from a diagnostic one.

To read books related to Autism

When do we need to screen the child?

If it is noted that the child is persistently showing difference (including a delay) in behavior/s when compared to his / her typically developing peers, it becomes essential to screen the child as soon as possible. This will help understand whether the child needs further detailed assessments or not.

What is ABA for Autism?

Applied Behavior Analysis helps to modify behaviors with specific methods. It improves social skills, speech skills, and self-care in Autistics. Helps them in dealing with anger, better attention, and have better life skills.

ABA uses these principles to assist children with ASD to learn new and appropriate behavior. For example, if a child points to a toy they want, the child’s parents might follow this up with a positive reward like giving the child the toy. This makes it more likely that the child will repeat the action in the future.

Some COMMON MYTHS of children learning to talk

What are the treatment options for children with Autism?

Treatment or intervention of Autism is a very extensive comprehensive program which involves a host of professionals and the child’s family. The following are some key points to consider when working with children who have Autism Spectrum Disorder.

Speech Language Therapy: Important for developing the necessary communication and speech skills in children with Autism