1SpecialPlaceBlogSpeech Therapy10 Myths About Children Who Are Learning to Talk! 10 Myths About Children Who Are Learning to Talk!

10 Myths About Children Who Are Learning to Talk!

About Children Who Are Learning to Talk! – Learning to talk is a complex process. You might have heard many pieces of advice and tales on how children learn to talk. Let’s expose a few myths and hear out the truth. These can also be myths about speech delay.

1. Using Gestures/Signs and Pictures will inhibit my child’s language development

False: The opposite is true!  Using gestures and signs actually facilitates the development of speech and language in children.  By using signs or pictures we provide visual clues to a child. With the visual clues, children learn the meaning and use of words quicker than without them.  Children can also use pictures and gestures to express themselves before they start talking. A research study by Senott, Light and McNaughton ( 2016) found that pictures and aided language stimulation show positive effects on vocabulary and grammar development in young children.

So go ahead and use lots of gestures and pictures while talking to your little one!

True: Many research studies confirm this. Girls tend to talk sooner than boys and reach most milestones quicker but only by a few months. Studies show that this is true for vocabulary development, sentence length and complexity. This difference is attributed to the quicker maturation of girls.The part of the brain devoted to language development ripens earlier in girls. Also, girls tend to converse more than boys. These differences even out in a few months. 3. Talking to young children in very short phrases  ( aka Telegraphic Speech) will help them

False: Many adults use telegraphic speech which are sentences that lack grammar – ‘Mummy kitchen’ ( for Mummy is in the kitchen),  ‘Daddy car’ ( for Daddy drives the car), ‘Dog bow wow’ ( for Dog says bow wow). Research suggests that the lesser a child hears the grammar, the lesser he will use it. Hence it’s important to speak in short but complete sentences. Expand language whenever possible.

4. Flashcards must be used to  enhance a child’s speech and language development

False: Although flashcards are nice tools to teach your child, restricting your interaction with your child by just showing him flash cards and expecting him to memorise those words is wrong. There are many research studies which suggest that children learn to talk through playful loving interactions with them.

About Children Who Are Learning to Talk! 5. Late talking children who are otherwise not delayed will ‘catch up’!

False: There is evidence that more than 40 % of children who are hitting other milestones on time but not talking on time will not catch up in their speech development on their own. And even when Late Talkers appear to catch up in their talking skills, they are at a higher risk to have social, reading and academic difficulties later in life.

Therefore it is important to track your child’s speech and language progress. Consult a Speech Language Therapist if you are concerned.

6. Exposing children to 2 or more languages will cause a speech delay

False: A child’s brain is like a sponge.It absorbs everything! There is a scientific literature which reflects that if a child is exposed to more than one language in childhood, he would not only learn them but also become cognitively sharper. The learning of another language stimulates the brain and such children perform better in social and emotional development domains too. In countries like India where most urban families speak 2 or more languages, raising a bilingual child comes naturally. So give your child the gift of ‘bilingualism’. However, children who are already delayed in talking due to developmental difficulties and are receiving Speech Therapy can find it easier to learn one language at a time.

About Children Who Are Learning to Talk! 7. Siblings of speech delayed children will have a delay

False: Younger siblings of children with speech delays are usually in a very stimulating environment. The parents are more careful about their interactions with the younger child. Children hear many people talking around them including parents, teachers and other caregivers. The positive influences are more than any negative outcomes.

False: A Speech Therapist’s role is to improve a child’s communication. Speech and language treatment of children focuses on enriching the use of verbal language but in some conditions, children might not pick up words and oral language. In such cases, Speech Langauge therapy is to help the child pick up alternate means of communication like Picture aided systems/mands/ Alternative Augmentative Communication AAC)/ writing. Its important to set realistic expectations at all times. 9. Twins have a higher risk of speech-language delays

True: There are many research studies which reflect that not all twins will have speech delays but they are at a higher risk of manifesting speech-language delays. More boys ( twins) seem to be at risk. Most delays in twins are mild and can be overcome until middle childhood. Some reasons offered by research are 1) Twins develop their own internal language which can impede normal language development 2) Social Environment Risk where twin children experience less focused individual attention 3) A twin child spends more time with a peer with the same developmental level. 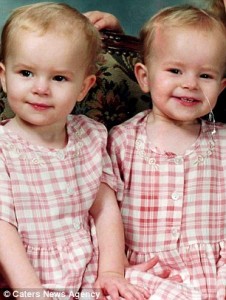 False: If your child has a speech-language difficulty or disorder, the best professional to help and guide you is a Speech Language Therapist/Speech Language Pathologist. Speech Therapists are trained to detect and treat speech delay in children and can help your child overcome his challenges with specialised techniques and strategies. There are many ways in which you can help your child learn and talk better.

Take this free screening test to check if your child has a speech delay.

Book a session with our speech expert here.