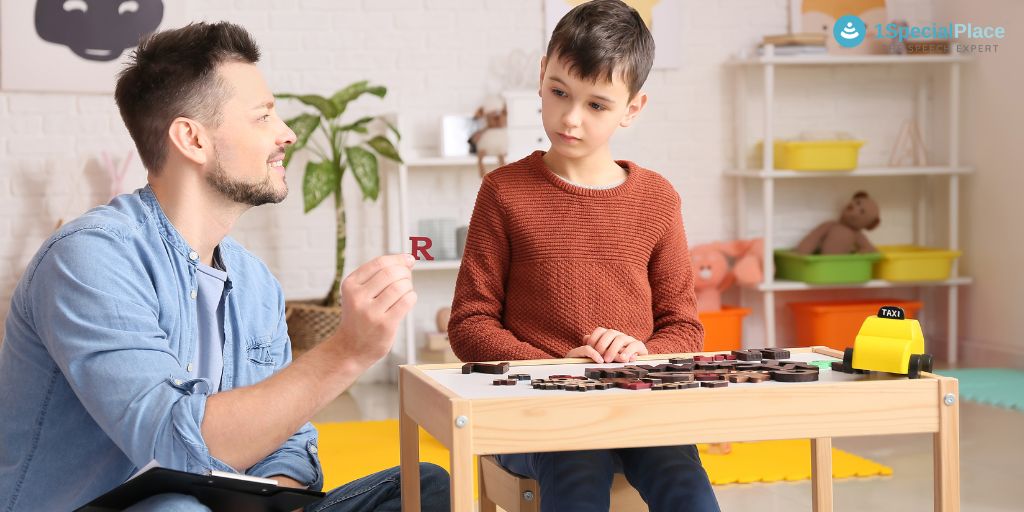 This article describes common terms related to Autism or Autism Spectrum Disorders (ASD) . These terms are used often while reading information related to Autism / ASD or heard while speaking with physicians or therapists. Do note that these are not dictionary definitions but simple explanations or descriptions to the same. The twenty words / phrases delineated below are just a few of the many that describe the disorder, its symptoms or therapies:

An abnormality or disruption to the mental or physical health and its development. A disorder, as opposed to a disease, is caused due to internal factors such a genetic difference or abnormality.

A feature or characteristic or a disorder or disease. Symptoms, as opposed to signs, are felt and understood by the affected person and are not always visible to others.

Example: A symptom of Autism is presence of auditory sensitivity.

A condition wherein there is a delay of achieving skills along the typical developmental pattern. Typically used for children below the age of 8 years and

Example: A child with ASD has developmental delays which can be in across a variety of skills such as attention, speech, fine motor skills etc.

The ability to look at a face or eyes of the person who is talking or being spoken to. Looking too long (which can be considered as ‘staring’) is awkward or maintaining eye contact for too short a time, at all times would be considered socially rude.

Example: When speaking to your colleague about an urgent work mail, you will turn towards them and look at their face during the conversation. 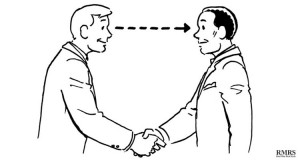 Ability to attend to a stimuli (a sound, person, or item) for a duration of time. Joint attention is a form of attention where two or more people are jointly paying attention to the same stimuli.

Example: A teacher holds a book out during reading time in a class and the whole class jointly pays attention to it. 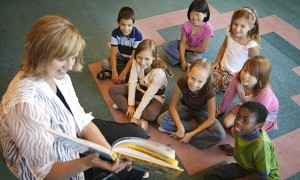 The repetition of words, phrases or sentences. Echolalia can be repetition immediately as in the example below or delayed.

Referring to behavior of a repeated action such as physical movements, movements with an object or use of a sound.

Example: Flapping or rocking seen in some children with Autism. 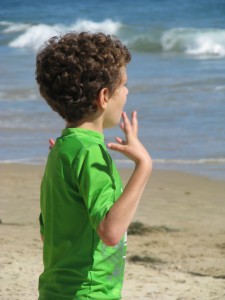 A lack of motor skills such as gross, fine or self-help skills.

A condition in which the body is not able to adequately ‘process’ information in response to the demands of the environment. It has an underlying neurological cause. Asd a result of this, a child may be hyper and / or hypo sensitive to touch, smell, sound etc. Sensory integration therapy by trained therapists provides activities and methods to assist in alleviating the issues, as far as possible.

Example: A child with ASD may be hypersensitive to sound and hence find certain sounds s/he would find difficult to bear.

Skills related to movement of muscles in and around the mouth that can assist in eating, drinking and speaking.

Example: Blowing or sucking through a straw are two oral motor skills. Many times, children with ASD have difficulty in achieving them by themselves.

The ability of the body to coordinate different movements for an intended action.

Example: To throw a ball, the ball has to coordinate limbs, grasp and release of the ball while balancing of the body to accomplish the same.

The inability to perform a certain action when asked (or on command) although the same action can be performed voluntarily during other times.

Example: A child may be able to open his mouth to eat. However, despite understanding and willing to participate the same child is unable to perform when asked by the therapist ‘open your mouth’.

These individuals have average or above average cognitive functioning with symptoms of Autism. They also display difficulty in communication and social skills. Within the DSM V and ICD 10 (the manuals guiding diagnostic assessments) there is no formal diagnosis for HFA.

Example: A child with HFA may have some exceptional ability despite severe social issues. To know more about some of the unique abilities that children with high functioning autism may have, read our article

Changes of moving from one location to another (such as home to playground) or between different stages of life (such as out of school and into college). Transitions are difficult for several children with Autism or ASD.

Example: The unpredictability and loss of routine during a transition is typically what is difficult for a child with ASD / Autism. Therefore, a huge change such as moving out of school and into a totally new environment such as college life, would be difficult and could cause anxiety.

Detailed plans laid out and written for a child’s intervention which is customized to suit his / her skills and needs.

Example: An IEP in its strict sense would contain information such as the child’s skills, the services s/he needs, yearly goals etc. However, there may be variations to the same used in different settings or countries.

Modalities that assist a person to use his speech or provide an alternate way to communication such as use of visual aids.

Example: Visual schedule is a form of AAC support that provides photos or pictures in assisting an individual to understand a sequence of events or schedule.

This article is a part of the Autism Series. Read on to learn more about intervention and other topics related to ASD and Autism.

Subscribe to receive the latest article in your mail!