In speech, Articulation is the process of moving the tongue, jaws, lips and other organs of speech (articulators) to form speech units. 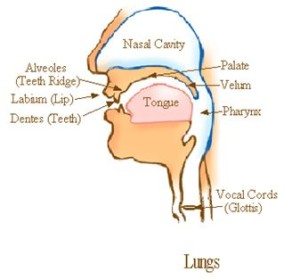 The articulation of speech sounds, the consonants, vowels and other speech units, demands incredibly minute coordination of the tongue, lips, mandible ( lower jaw) and velum ( soft palate – back part of the roof of the mouth that extends into the throat). The movements of these structures must occur in synchrony with the respiratory and phonatory systems.

Certain speech sounds require the rounding of lips some need lip closure. The mandible (lower jaw) must be lowered to help create a larger mouth cavity for some vowels than the others. The velum and the pharyngeal (throat) walls must perform timely movements. The tongue which is the most agile articulator continuously has to assume different shapes and postures as we speak various combinations of vowels and consonants.

What is IPA (International Phonetic Alphabet)?

The International Phonetic Alphabet is a standardized representation of all the different speech sounds found across different languages in the world. It is used by professionals like linguists, speech pathologists and others to understand the different phonemes in speech. See this picture. Vowels are produced in an open vocal tract and all require voicing ( hard vibration of the vocal folds). The contours of the tongue vary with each vowel, hence there are 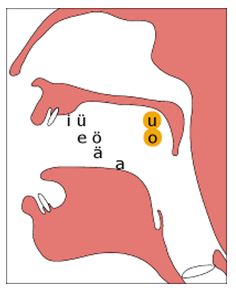 The classification of speech vowels is not limited to a,e,I,o,u. There are many more vowels which aid in production of different speech units. See image attached.

A diphthong is a phoneme (speech sound) that involves combination of two different vowels.

Children learn all the different postures, contours and coordinations for speaking vowels with ease The consonants are understood by the following features.

What is place of articulation?

What is Manner of Articulation?

Consonants can be classified as following, based on the manner of articulation

Consonants that don’t have vocal fold activity are termed voiceless and which have an activity in the vocal folds are called voiced. Many consonants for example s and z are different only in their voicing characteristics.

What are Syllables, Clusters and Co-articulation?

Each syllable starts with a consonant has its centre point as a vowel or diphthong OR sometimes a diphthong can alone also called a syllable.  Letters C for consonant and V for vowel are used to show the shape of a syllable.

Consonants occur in blends and clusters too. The word ‘cloud’ starts with a cluster of 2 consonants – c, l

Children find the mastery of these consonant clusters difficult and so they simplify them, saying /coud/  for cloud, or /tee/ for tree.

Coarticulation is the influence of adjacent phonemes on the articulation of a speech sound. For example, the /r/ in the word rope is made with round lips while /r/ in red doesn’t need any rounding.