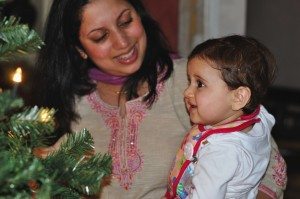 Speech is a verbal means of communicating or conveying ideas and sharing feelings. It is the audible form of language. By complex processes in the brain, a speaker converts an idea in his mind into a stream of sounds, moving his lips, tongue, jaws in swift precise gestures; he transmits information in orderly audible units.

The speech mechanism is carried out at various levels in our body. The following systems are involved:

It is also defined as modified air flow. The air from the lungs sets the vocal cords in vibration which produces sound in the larynx (voice box). This air resonates in the vocal tract and the pharynx and is acted upon by the articulators in the mouth to form speech units (phonemes). The cortex in the brain is largely responsible for the neuromuscular coordination of all these complex processes that are involved in speaking. When a child learns to speak, these processes are slow and hence there is a developmental progression in which a child learns to first coo, goo, then babble, then learn words and later strings these words them into complex sentences and starts conversing like adults.

For better understanding, It has been said to have the following components –