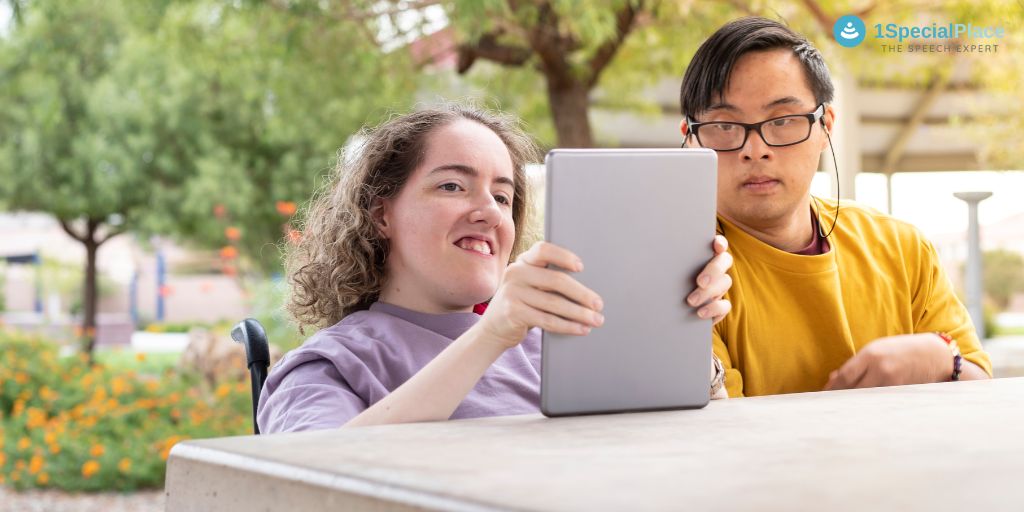 Disabled People are Benefiting from Smart Technology Like Siri and Alexa

Smart tech assistants like Alexa, Siri, and Google Assistant have ingrained themselves into our daily lives. Some of us utilise them for convenience, while others use them purely for amusement. According to a recent study, these smart devices can both make users feel less lonely and provide disabled persons a greater sense of independence. Yes, you read that right: 100 owners of smart speakers and 15 non-owners participated in a thorough study conducted by the UK Office of Communications, or Ofcom.
They discovered that many survey respondents claimed the speakers served as a conversational companion. Some people, especially if they lived alone, characterised their speaker as being like a companion. According to the reports mentioned by Ofcom on its website, they thought it was beneficial for preventing loneliness and enjoyed being able to communicate with their speakers.

The group discovered that during the pandemic, the percentage of UK houses with smart speakers doubled, from 22% in 2020 to 39% in 2022. The fact that these speakers promoted greater independence in impaired people is another significant conclusion of this study. The technology, according to users, significantly impacted their lives, increased their sense of freedom, helped them control and even improve their conditions, and improved their talents.

Children can learn and play safely in child-friendly spaces (CFS) in the case of an emergency or crisis. With the support of their moms and carers, children can keep their daily routines without experiencing any disturbances, which helps them as well as their mothers and carers. In 2004, against the backdrop of the horrific Indian Ocean Tsunami, UNICEF India established the first of such places.

The centre announces a fee waiver for the education and rehabilitation of people with impairments.

The central government has decided to waive the fees for registration, diagnostics, and treatment at all nine national institutes and 21 associated composite regional centres (NRCs) across states starting on January 1 for anyone with a unique Divyangjan ID in an effort to improve access to rehabilitation facilities for people with disabilities (Divyangjan).

Regardless of the degree of disability, the payment will also be offered to people who have disability certificates and are registered on the UDID portal. Benefits for qualified candidates include waivers of fees and other costs between Rs 10 and Rs 10,000.

The mission of the nonprofit One Life to Love is to enhance the lives of Indian children with special needs. Courtney Lalotra, the organization’s founder, talks about its motivations.
More amazing tales about outstanding individuals, teams, and organisations assisting our communities in Burlington and Ocean Counties emerge as we converse with more of our neighbours.

Read this news by newjersey

According to officials, the Army Wives Welfare Association and a private company have inked a contract to properly maintain and modernise the Asha School at the Delhi Cantonment.

According to administrators, the purpose of these schools is to give students with special needs the tools they need to become contributing members of society and live honourably.

McDonald’s continues to emphasise diversity in its third EatQual video.
The third EatQual campaign video has been launched by McDonald’s India, a Westlife Foodworld company. This moviedepicts the life of a little girl with restricted use of her upper extremities as she goes about her day and effortlessly completes tasks.

“EatQual will always remain the primary inclusion platform of McDonald’s India,” stated Arvind RP, senior director of marketing and communications for McDonald’s India (West and South). With this new brand film, we wanted to emphasise that everyone has a different way of living life, regardless of whatever specific talents they may possess. McDonald’s has always been a positive brand where we work to spread joy and encourage diversity. With EatQual, we are continuously enhancing our dedication to making McDonald’s India a truly inclusive brand.

The 9th National Conference on Disability organised by Sarthak outlines a plan for implementing disability inclusion.

The two-day conference brought together a variety of disability evangelists to share information and useful advice with the nation’s movement for disability inclusion.
The two-day conference’s theme was “Glocal Partnerships for Disability Inclusive Development,” and Shri Rajeev Kumar, India’s Chief Election Commissioner, was the chief guest on the first day.

The event was a crucial step in demonstrating how regional and local collaborations may affect the nation’s efforts to mainstream and empower people with disabilities (PwDs). Early Intervention, Inclusive Education, Skill Building, Sustainable Employment, and Advocacy are just a few of the ways that Sarthak Educational Trust has helped to empower persons with disabilities throughout India.

All those with special abilities need is an opportunity to prove their worth.

This is the guiding principle of Melting Hearts Bakes, a unique bakery in Ernakulam, Kerala, run solely by children with special needs. Melting Hearts Bakes stands out among the several bakeries in the Ernakulam district for the superior quality of their food and the empowerment that comes with it. Every food item displayed for sale at the bakehouse in Udayamperoor bears the fingerprints of individuals with special needs, including those with autism and cerebral palsy, making their bread, cakes, and cookies exceptionally special.

Most of them end up staying at home after turning 18 years old.

Manjula Jayakumar, a mother of a special needs child who also works at the bakery, laments the lack of empowerment for these kids in a culture that views them as a burden. “Through this vocational programme, young people participate in a variety of activities. They are getting better. And they are preparing them to take on modest tasks so that they can become independent tomorrow.

Specially-abled people just need a chance to show that they are capable.

This is the belief that drives Melting Hearts Bakes, a one-of-a-kind bakery in Kerala’s Ernakulam that is run entirely by kids with special needs. pic.twitter.com/9yeBV2kfeG

In what ways did the Supreme Court defend disability rights in 2022?

According to the most recent official statistics, 2.68 crore people—more than 2% of the population—in India have disabilities. However, because the most recent census was taken more than ten years ago, it is very possible that the actual numbers are far higher. A very vulnerable minority in the nation are those with disabilities.

Read this news by livelaw

Children with disabilities were not permitted to enter the school.

Suman says, “Several physicians warned us she is a slow learner and mixing with other kids can help her cope up.”
However, Suman claims that several government schools also refused to take her, in addition to refusing them admittance. Suman was furious about the discrimination, but she decided not to confront the administration because doing so might harm her child’s future.

In response to a medical student’s petition contesting the disability certificate given by Lady Hardinge Medical College, which determined his level of disability to be 100%, the Delhi High Court has requested a response from the National Medical Commission (NMC) and the Centre.
The petitioner claims that he has a 60% locomotor disability and that a 100% disability rating is unjustifiable, particularly given that the disability board has noted that the petitioner is not using any assistive devices.

Read this news by ndtv

The Energy Policy Institute at the University of Chicago (EPIC) has created the Air Quality Life Index 2022, which states that air pollution reduces the average life expectancy in India by 5 years. Additionally, air pollution reduces lifespans in some regions, including Delhi, the most polluted city in the world, by almost 10 years. According to Dr. Arvind Kumar, a chest surgeon from Medanta – The Medicity, air pollution causes sickness, lowers performance, and hastens death.

According to a study, women are universally more empathic than men.

We previously knew that women are the most compassionate individuals in the world, but now there is research to support this. Women are more adept at empathising with others than men, according to research from the University of Cambridge in the UK that was just published.

Read this news by wionews