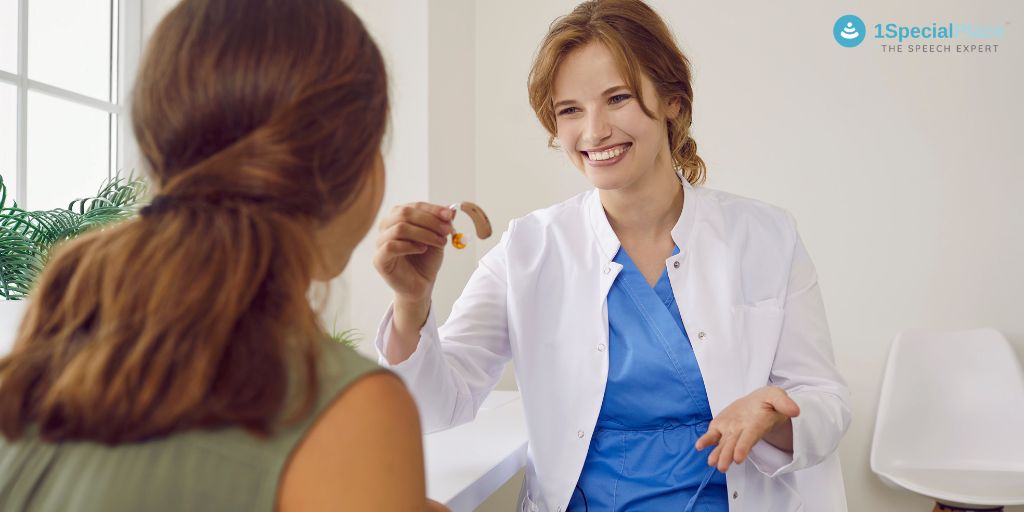 In a recent study, researchers found hearing impairment in a preclinical model of autism spectrum disorder (ASD). According to the report, closer inspection of the nerve tissue revealed glia, aberrant support cells, aging-like degeneration, and inflammation.
Many people with ASD have heightened auditory sensitivity. The Medical University of South Carolina (MUSC) team in the US took a novel tack by examining the peripheral hearing system, although many scientists in the past have gone to the brain for an underlying explanation.

Hainan Lang, the study’s principal author, said that hearing loss “may have an effect on the higher-level auditory system and, ultimately, cognitive performance.” An understanding of Autism Spectrum Disorders (ASD) has been an evolving one for the last few decades. The diagnosis of the condition, however, may happen at different stages of life.

Hearing loss is the partial or total inability to hear. Hence, the causes of hearing loss depend on many factors. Read on to know more.

World Health Organization predicts that by 2050 nearly 2.5 billion people may have some degree of hearing loss. Further, over 1 billion people are at risk for permeant hearing loss. Especially due to unsafe listening practices. Therefore, this statistic is alarming and one should be concerned.

How inadequately prepared we are to assist those with disabilities: Theodore Tharoor

There is only one ramped entry for wheelchair users at door 9, which is a good four minutes away from the Lok Sabha (with support from attendants). I’ve learned from my temporary impairment how inadequate our systems are for providing assistance to persons with disabilities.

When you need to enter Parliament in a wheelchair, there’s only one entrance with a ramp, at door 9, a good four minute trip (with the assistance of helpers) to the Lok Sabha. This temporary disability has taught me how poorly equipped we are to support people with disabilities pic.twitter.com/X6WyS9Ivvp

Students with special needs can get accommodations in exams through the official website in CBSE 2023.

The Central Board of Secondary Education (CBSE) has created an online portal called CWSN in order to provide accommodations for students with special needs for the upcoming exams. According to a directive, all CBSE schools are required to fill out the data of CWSN pupils sitting for the board exams in 2023.

Developmental Disability is a term for a group of disorders that are due to cognitive or physical deficits. Additionally, they often develop in the early years of a child’s growth and last throughout life.

Read this news by telegraphindia

Using the NCERT app, you can spot children with difficulties.

Schools have been using the Prashasht mobile app, produced by NCERT, to help identify students with a variety of disabilities. A thorough evaluation is gonna be carried out for 3,562 Delhi government school kids who may have impairments. 14 district resource centres will conduct the evaluation

A humanitarian cooperation between Deepalaya, a Delhi-based NGO, and UniFarm was announced in collaboration with Dapps in order to serve special needs children living in slums. Through this collaboration, UniFarm will give school supplies, lunchboxes, winter clothing, and other items to kids at Deepalaya’s Sambhav centre, which provides care and development services to children with disabilities from 27 urban slum neighbourhoods in Delhi.

The UniFarm team gave exceptional kids from Delhi’s Sambhav Center 120 lunchboxes and school supplies during the association’s inaugural chapter. To increase understanding of autism, UniFarm wants to organise a number of charitable activities around India.

Read this news by newspatrolling

After the Russian invasion, disabled refugees in Ukraine must decide whether to go home or not – BBC News

Millions of Ukrainians were forced to leave their nation when war broke out, often with the intention of coming back as soon as possible. However, for some disabled refugees, this dislocation has presented new options, and they are now torn about whether to return to their country of origin at all.

As rockets descended on Kyiv, the Kyrychenko family escaped. The parents packed their car with three kids, a dog, and two guinea pigs in less than an hour. Since they had no time to make travel plans, instinct took control and they focused only on staying alive.

On Friday, the Lok Sabha received the social justice and empowerment panel’s report on the “examination of the functioning of national institutes established for different sorts of impairments.” The bulk of national institutes for the disabled have far fewer faculty members than their authorised strength, which has angered a parliamentary standing committee.

On Friday, the Lok Sabha received the social justice and empowerment panel’s report on the “examination of the functioning of national institutes established for different sorts of impairments.”

To stop crimes against Divyangs, a new part of the disability act was included.

The state’s police department issued a circular requesting all the districts to follow suit after the Rajasthan chapter of Divyang Adhikar Mahasangh sent a memo to the DGP pleading with him to include Section 92 of the Persons with Disabilities (PWD) Act, along with sections of the IPC, in the FIRs filed in cases of crime against specially abled people.The PwD Act’s Section 92 stipulates that a conviction carries a sentence of up to five years in jail and a fine.

From 2018 to 2021, 4,798 people with qualifying disabilities were hired by the government, according to the Lok Sabha Center.

According to a letter response from Union Minister of State for Personnel Jitendra Singh, the process of filling open positions for people with benchmark disability (PwBDs) is ongoing.

Hearing loss is one of the most common causes for speech and language delay in kids. Hearing loss not only causes delay in speech but also slows down learning . It has been most studied and documented.

Read this news by economictimes

The Kerala High Court transforms a complaint on financial aid for handicapped troops.

The Kerala High Court determined that it was appropriate to convert the petition into a Public Interest writ petition despite the fact that the issue at hand concerns the financial assistance and medical care that must be provided to medically boarded-out disabled soldiers due to 100% service-related disability.

World Health Organization predicts that by 2050 nearly 2.5 billion people may have some degree of hearing loss. Further, over 1 billion people are at risk for permeant hearing loss. Especially due to unsafe listening practices. Therefore, this statistic is alarming and one should be concerned.

Read this news by indialegallive

IIT-Bombay has a special unit to assist students with disabilities.

With support and hard efforts from a group of students and staff members, the prestigious IIT-Bombay established a cell for students with disabilities on its campus as a step toward inclusivity. The necessity to address these students’ issues in an organised manner was recognised as their number on campus increased over time.

According to the Karnataka Health Minister, neurological disorders account for 70% of childhood disabilities.

Mental health care is a crucial component of any healthcare system, according to Karnataka Health Minister K Sudhakar, who was speaking at the opening of the third Indian National Conference of COMHAD (Commonwealth Association for Health and Disability).

According to K Sudhakar, the health minister for the state of Karnataka, neurological problems account for about 70% of childhood disabilities and could pose a threat to the nation’s progress.  The effects of a disability experienced as a kid can last a lifetime and affect a person’s physical, mental, emotional, and social well-being. In order to fully engage in daily life, children with disabilities may have specific needs, especially in the areas of health and education, and they may have to overcome sizable social and environmental obstacles.

Read this news by swachhindia

Travelogue of a Wheelchair User: 7 Accessible Locations in India

Traveling is a little contradictory for me as a disabled person because I can’t go to the next room in my house yet wish to go to the city in the next state! But being the expert in hope that I am, I have visited numerous fascinating locations across the nation, giving me not only priceless memories but also insights, experiences, and lessons.

Traveling is nothing short of a roller coaster for a woman with a disability, full of ups and downs, obstacles and accessibility, smiles and sighs. However, for me, seeing a stunning sunset or swaying as the automobile winds through the winding ghats always comes first! As a result, I’m here to share my travel experiences and advice, along with humour and accessibility advice.

The 150-year-old Sir Cowasjee Institute of Psychiatry and Behavioural Sciences in Hyderabad will become the site of the first mental health university in Asia, according to Sindh Chief Minister Syed Murad Ali Shah.
He was addressing on Saturday at the institute’s opening ceremonies for an outpatient department (OPD) and a female ward.

Read this news by dawn