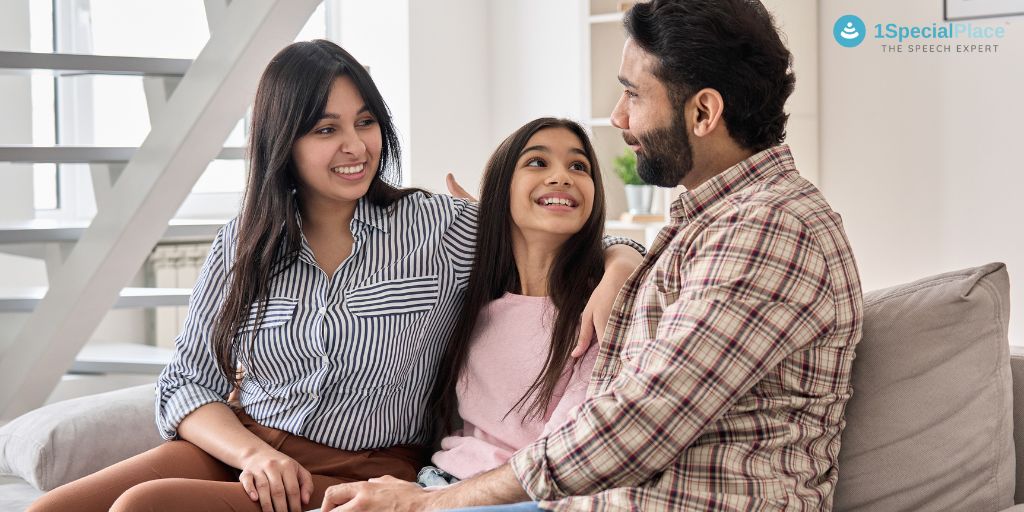 The earlier a deaf or hard-of-hearing child receives services, the more likely his or her speech, language, and social skills will reach their full potential. Get a hearing aid/ cochlear implant as soon as possible. It helps the child to enter into the world of hearing soon.

On basis of weekly incidence we bring this ‘news of the week’ segment for you. Let’s take a look at the week’s most important news stories:

The games will be held in Pattaya, Thailand pic.twitter.com/ZOb9RvFxiO

Chris Kamara discusses his fight with a speech impairment and how “I feel like a phoney now.”

Chris Kamara, who battles a disorder that affects his speech, has admitted to feeling “a fake” as a broadcaster.

The 64-year-old former football player disclosed in March that he has thyroid problems as well as apraxia of speech.  Kamara is still involved with various television projects even though he left Sky Sports at the end of the previous season. In response to a question about how his life was going, Kamara remarked on Steven Bartlett’s podcast Diary of a CEO: “Strange in terms of I feel a fraud now in terms of broadcasting – I don’t bring to the table what I used to. So that’s difficult.

Read this news by independent.co

Thiruvananthapuram, Sep 16 (UNI) According to Dr. Rangasayee, the former director of the Ali Yavar Jung National Institute of Speech and Hearing, societal changes based on a holistic viewpoint are required to fully harness the potential of people with hearing impairments.

Mumbai’s Disability (Divyangan) is in this place on Friday. “It is of the utmost importance to take necessary steps to bring in changes in society to fully harness the abilities of people with hearing-impairment,” Dr. Rangasayee said in a special address at the ongoing International Conference on Communication Disorders and Audiological Practices (ICCAP 2022), which started at the National Institute of Speech and Hearing (NISH) here on Thursday.

Read this news by uniindia

Gurugram: The autistic patient who made the fake bomb threat call at the Leela Hotel

In Gurugram, India, the Delhi police were sent to an hour and a half-long ordeal of searching a and tracing a bomb after the five-star Leela Hotel in the Ambiance Mall complex received a bomb threat call at 11.35 a.m. Guests gather outside the Leela Hotel after a bomb hoax call was made by an unknown person, prompting the hotel authorities to conduct security checks, call the bomb squad, a fire engine, as well as the police.

Police confirmed that there were no bombs and that the call had been a fake after a thorough investigation that including bomb disposal and dog squads!
It was discovered that a 24-year-old guy with autism spectrum disorder made the fake bomb threat call.

Read this news by livemint

(It is also important to understand that individuals on the autism spectrum are not patients. We should rather call them autistics than autistic patients.)

First time a boy with autism placed an order at a cafe. Mother proudly shares a touching video

A mother uploaded a video of her autistic son making his first solo purchase at a cafe. Riley’s mother was informed by the doctors when Riley was diagnosed with autism that he would probably never be able to do this for the rest of his life, so it was a moment of pride for her. People who have this genetic condition have social difficulties. Therefore, the young youngster faced a significant obstacle.

He eventually worked up the guts to approach the servers and place his order, though. The video was first published on the My Boy Blue Instagram account. Goodnews Movement later disseminated it.

Read this news by indiatoday

The restorationist organisation Jehovah’s Witnesses (JW) made baby efforts toward the New World Translation of the Greek Scriptures in ISL almost at the same time. The difficult conversion procedure was completed by a small team of translators and their support workers who offered their services. Despite the challenges posed by the Covid-19 pandemic period, they were able to finish the task.

Read this news by english.mathrubhumi

A video of a member of the Railway Protection Force (RPF) assisting a man with special needs to board a train is going viral on social media.
Supriya Sahu, an employee of the Indian Administrative Services (IAS), released the video on Twitter on Friday. “Superb action on the part of Mr. Saravanan, SI, RPF. He assisted a man with special needs in boarding a train at Virudhachalam station after carrying him there. More people like him are needed “In the caption, she stated.
From the train’s entrance to the man’s birth, the official bears him the entire way. Another person observed helping the RPF personnel is an elderly woman.

Wonderful gesture by Mr. Saravanan, SI,RPF. He carried a passenger with special needs and helped him to board a train at Virudhachalam station. We need more people like him. Video- by @RailMinIndia pic.twitter.com/mYSjRVfFdh

Autism unites Sapna and Karthik in one way. Thanks to the role that Chennai-based Prakarmika Vocational Institute played in discovering their talent, they recently performed a vocal music event in Tirupati.
With several infirmities, including epilepsy, Chinmay Joshi of Mumbai has converted a block printer on Thamboolam bags.
Due to her fragile bone ailment, Radhika of Salem is skilled at using recycled paper to decorate dolls.

Our personalized Online speech therapy works for people of all ages and ailments, and it’s also convenient and fun. In fact, our customers tell us that they don’t feel like they’re doing “therapy work” throughout their sessions.