1SpecialPlaceBlogAphasiaWill Apraxia Of Speech Go Away? Will Apraxia Of Speech Go Away?

Will Apraxia Of Speech Go Away?

Apraxia is a motor speech disorder that occurs in children. When a child has Apraxia of Speech (AOS), they have difficulty moving their lips, and tongue to make the required sounds correctly. A child with Apraxia of Speech knows exactly what to say. The issue lies in how the brain communicates the signals to move the muscles in the child’s mouth.

A child with Apraxia of Speech may present with the following:

Apraxia is not a speech disorder that children outgrow. Nor is there a cure for it. A child with Apraxia will have difficulty in learning speech sounds in the typical order and will make limited progress without treatment. Speech therapy for Apraxia can take a lot of time and work, but your child’s speech can improve.

There are various factors that determine the long term prognosis of Apraxia:

When you have other family members with Apraxia, you can consider their long-term outcome. If they have had good progress, it’s likely that your child might progress similarly, considering the aetiologies for both are also similar.

The more severe the speech apraxia, the longer your child will need speech therapy services. And the longer it will take them to progress.

Children whose general health is good tend to have a better prognosis. This is because they are more accessible to learning compared to children who have periods of time when they are less “learning available” due to an illness (middle ear infections, upper respiratory infections, etc.)

Speech therapy for Apraxia requires long sessions of intervention. Children who have attention-related issues will require longer sessions as compared to children with average attention skills. This is required for learning and generalization the learned skills.

Many times apraxia of speech in children might not be aware of the speech errors or the difficulty that others face with regard to their speech clarity. This, again, calls for longer intervention periods.

When a child is able to self-monitor their speech, they make quicker progress than children who are unable to self-monitor. When the child is not able to monitor, the speech-language pathologist constantly gives them feedback about their performance. This is one of the most important skills for a child with Apraxia speech to master. Without self-monitoring, it can be quite difficult for them to make improvements.

Children can be diagnosed with Apraxia as early as 3 years of age. The earlier the intervention starts, the better it is for prognosis. Early intervention is key to progress!

When it comes to Apraxia, the more frequently the child receives appropriate therapy, the better his/her long-term prognosis.

A child who is more motivated to work with a therapist on increasing their speech intelligibility has a better prognosis than a child who is resistant to their therapy.

As parents try to understand what Apraxia means. Ask questions to your child’s speech-language pathologist. When you understand your child, you can help them better. Participate in sessions and support your child on his way to progress. Follow up with the home training tips and activities assigned after every session for maximum progress.

As Parents, be wary of any prognostic statement which is absolute in either direction. No speech-language pathologist can say with absolute certainty whether your child will completely recover. Neither will they be able to tell you if your child will ever be able to talk. If you suspect your child of having Apraxia, here is a questionnaire that can help you understand it better. Please complete it and get back to us for a complete speech and language evaluation for your child.

It is difficult to estimate the long-term outcome of child apraxia of speech as there are limited studies in this area. This is due to the fact that there are no two children with apraxia who are exactly alike in terms of their apraxic characteristics. Some studies that have been completed on the various therapeutic techniques for the treatment of apraxia in children are very promising and limited but growing.

Tips & Strategies for Apraxia of Speech 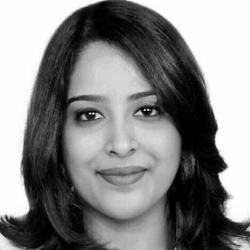