1SpecialPlaceBlogSpeech DelayEffects of Myasthenia Gravis on Speech, Voice and Swallowing

Effects of Myasthenia Gravis on Speech, Voice and Swallowing

Effects of Myasthenia Gravis on Speech, Voice, and Swallowing

Just like how human beings communicate with each other to build relationships, to express their needs, and to complete their tasks, the structures in our bodies can also communicate with each other to perform their functions efficiently. If there is a disruption in the communication between two individuals, it may lead to bitter consequences. However, when there is a breakdown in the normal communication between the nerves and muscles, it results in Myasthenia Gravis.

Myasthenia Gravis (my-us-THEE-nee-uh GRAY-vis) is a disease affecting the peripheral nervous system which includes the nerves that control voluntary movement such as, picking up a piece of paper or smiling at someone. People with MG might wake up feeling fine, but get progressively weaker as the day goes on and sometimes might feel weaker with repetitive movements such as chopping vegetables or speaking.

Nerves signal muscles to operate seamlessly in a healthy person, much like one ballplayer receiving and throwing a ball to a teammate.

Antibodies in persons with MG, on the other hand, damage receptor sites, preventing nerve-muscle transmission. Because the “catcher” is unable to catch the ball, communication becomes sluggish or non-existent. By way of example, a decreased function of the muscles that control breathing.

Some of the common symptoms of Myasthenia Gravis 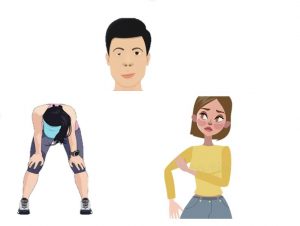 This disease usually affects young women in their twenties and thirties or older men in their sixties and seventies. However, there is still a mystery behind the reason for this odd distribution of age of onset. Myasthenia Gravis is an autoimmune disease, which means that your immune system produces antibodies that attack and destroy many of your muscles, resulting in this weakness. Rarely, mothers with MG have children who are born with MG, however, if treated properly, they can recover within two to three months.

While there is no cure for MG yet, various types of treatments, alone or in combination can relieve the symptoms. A comprehensive treatment program is given by multidisciplinary teams comprising of Medical practitioners, physiotherapists, speech language pathologists, and counsellors. Myasthenia gravis has no cure, although treatment can help improve signs and symptoms such muscle weakness in the arms and legs, double vision, drooping eyelids, and difficulty speaking, chewing, swallowing, and breathing.

Myasthenia gravis can affect all the muscles responsible for speech and swallowing. While MG does not always affect these muscles, in some people, these symptoms can change throughout the day and they often get better after a period of rest. A diagnosis of Dysarthria or Dysphonia is very evident in persons with MG because they can perceive a change in voice. The symptoms can either be mild or intermittent. Once these symptoms persist for more than 2 weeks, it is always advised to visit an Ear, Nose, and Throat specialist (otolaryngologist) or a Speech Language Pathologist. An ENT specialist will make sure that the symptoms are due to Myasthenia Gravis and the Speech language pathologist will assess the type and the severity of the symptoms and provide appropriate treatment for the same.

The treatment of speech and voice disorders is based on the severity of the disease and what muscle it affects. A speech language pathologist provides therapy to strengthen the muscles that are responsible for speech and also provides compensatory strategies.

One should only perform these exercises after being advised by their MG treatment provider.

Myasthenia Gravis is known as the “snowflake disease” as everyone’s experience is different. If diagnosed, make sure to arm yourself with as much knowledge as possible.  Living with this disease is frightening, but with the right treatment regimen and emotional support from loved ones, people can achieve a significant reduction of symptoms to lead a comfortable life. 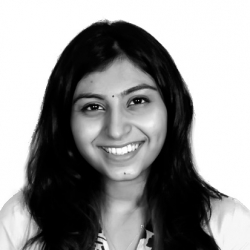