This article is on Articulation Therapy /w/ sound.

Children normally master/w/ sound pretty early in their development. They generally start to produce /w/ sound clearly by around 2 years of age and master it completely by around 3 years. If a child does not produce /w/ sound clearly even after 4 years, then the child may require help from a speech-language pathologist to correct his/her speech sound. Through articulation therapy, the speech therapist will work on the error sound and teach the right way of its production.

The /w/ sound ( in well, week, one, etc.) is known as a glide or a semi-vowel. This is because unlike a consonant it sounds a lot similar to a vowel when it is produced. However, its production requires a greater restriction in the vocal tract as compared to the vowels.

How is it produced?

The /w/ sound is a labio-velar approximant. This means that you round your lips and form a narrow space at the back of your mouth with your tongue to make this sound.

The major articulators involved in its production are the jaw, lips, tongue, and velum.

Furthermore, /w/ is a voiced sound. This means that the vocal folds vibrate during the production of this sound. The sound created from the vocal folds then passes through the narrow cavities created by the tongue and the lips to produce the /w/ sound.

While we work with the sound in isolation, it is important to give the child as many cues as possible to get a complete understanding of how the sound is made.

Encourage the child to look at your face and watch how the articulators (jaw, lips, tongue) look like while producing the sound. When we produce /w/ sound, the lips are pursed like a kissing face. In the beginning, let the child practice making a kissing face by pouting lips outward like a tight ‘o’. Then, point to the lips while making the /w/ sound.

As we demonstrate the production of the sound, verbally explain how it is produced. You may exaggerate the mouth movement and produce the sound slowly to make it easier for the child to understand.

Let the child understand how the production of this sound feels like. /w/ is a voiced sound and it involves the vibration of the vocal folds. Initially, try placing your hand on your throat while making the sound. You may feel a vibration as the voice is turned on. Then, have the child keep his/her hand on your throat and feel this vibration. Once the child understands this, let them keep their hand on their throat and learn to turn their voice on.

2. Building the sound at the syllable, words, sentences, and conversation level:

Once a child learns to produce the sound in isolation, we need to practice the sound in utterances of various levels of complexity. That is, in syllable level, different word positions, sentences, and further in longer utterances as in conversation.

In all the levels, intensive drilling needs to be done by repeating the utterance several times without making the activity feel boring.

Use a syllable wheel to make the practice more interesting and engaging to the child. It also gives a visual cue to the child.

Click here to know more about using the syllable wheel in articulation therapy.

The first task at this level is to prepare separate lists of words with the /w/ sound occurring at the different word positions that are, word-initial, medial, and final positions. :

Here are a few examples for the words with /w/ in the:

For example: Ask the child to guess the coldest season and the child must answer winter.  The child and the caregiver/therapist can take turns and ask questions to each other.

Another interesting game to practice the words is through picking the chits.

Write down words with the /w/ sound in all three positions on chits. We can also use pictures instead of words. Put all the chits in a box and mix well. The child/caretaker takes turns and tells the words one by one.

Here are a few examples of phrases using /w/ sound:

Here are a few examples of sentences using /w/ sound

At the later stage, introduce stories targeting the /w/ sound. While reading the stories to the child, stress on the target words/phrases and read them slowly.

So many books are available targeting the /w/ sound in words and sentences.

Here is a list of a few books targeting /w/ sound:

When the child is able to make the sound correctly in sentences then we move into conversation level. This is the most challenging level as it is difficult to monitor each and every word that we say.

Let the child talk about their favorite things. We can also show them pictures of scenes loaded with words with /w/ sound and encourage them to talk about it.

Encourage your child to speak slowly and to pay more attention to the words. Ask the child to listen to his own production of the sound. Give gentle reminders to correct the sound or to repeat the word again whenever the child mispronounces.  Withdraw these reminders/additional prompts gradually. In the final stage, encourage the child to monitor himself/herself without your support.

Please note that the above-mentioned steps are just one way of teaching speech sounds. It is always better to consult a speech-language pathologist and take their opinion first before working with the child to avoid any possible difficulties.

I hope this article helped you to understand more about articulation therapy of /w/ sound. Please leave your feedback and/or queries in the comment section below. Hope Articulation Therapy /w/ sound was useful. 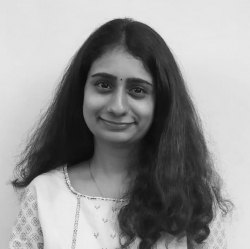