We are back with yet another story. We are delighted to feature, Mr. Pranav Bakhshi, India’s first Autistic model. Mr. Pranav Bakhshi has made headlines with his talent to walk the ramp and he has represented several top brands in India. Mr. Pranav’s Instagram profile says “Autism is my Superpower” (https://www.instagram.com/pranavbakhshi/?hl=en).

Here are a few excerpts of our interview with Mr. Pranav’s loving mother Ms. Anupama Bakhshi.

Pranav is a twenty-year-old with Autism. He is a fashion model and has worked with brands of national and international repute. He is a self-taught and self-inspired photographer who has been the official photographer for many events besides being awarded for his photographs. He is a guest columnist with Newz Hook, an e-mag that features a disability. He has done two TEDx talks. He has represented himself at various forums as a self-advocate like being the keynote speaker at the e-cell initiative ‘Understanding Autism’ at IIT Bombay. On World Autism Day, he addressed ‘Microsoft’ pan India, and India Inclusion Summit featured him too. As he possesses extensive knowledge about contemporary English music, he has been featured by Radio One 94.3. Because he broke the glass ceiling and debunked myths, he has received extensive media coverage nationally and also internationally. He is a fitness enthusiast and studies graphic design.

I love my identity as an autistic mom and mom to my neurotypical daughter who works in the mental health sector. Professionally, after a long stint as High School Head and Head of the Department, English, I have moved to the Learning Solutions industry as a content creator.

Q. What has been your journey through discovering Autism?

It has been an intense and eventful journey; an amalgam of heartaches and triumphs and Pranav has led the journey. I read up on all that research and documentation had to offer but never thought of ‘applying’ or ‘imposing’ that on Pranav. His intrinsic personality and self-esteem mattered the most and he was always given choices in everything. I constantly talked with him, discussed things with him, and encouraged him to express himself. He has a habit of writing a journal every day. Challenges come with the silver lining of learning lessons and each day comes with a new revelation and a new array of possibilities.

Q. Share with us what inspired Mr. Pranav to pursue modeling?

Well, it was meant to happen, I think. By the time Pranav reached his teens, I had identified his creative streak and was looking for creative spaces for him. This led to his attending the Velvi Art for Autism festival where he was introduced to ramp walk as a structured activity. He fell in love with it. I initially thought it is the music that is attracting him but soon discovered that he had fallen in love with this medium of self-expression. He was very clear in his expression of the desire to become a fashion model and my daughter and I supported him whole-heartedly. It was initially a tough journey, but Pranav was determined and more than willing to take up the challenges.

Q. What are some of the challenges you faced on your road to success?

There were far too many. There were no precedents that I could refer to and there was no support available on any platform. Why would anyone then take a chance with him? The fire in Pranav’s eyes led the way and we kept trying. It was very clear that the little place that was to be created for him would be in the mainstream modeling world and not a ‘special appearance’. He fulfilled some criteria of the mainstream modeling world like height and a lean and fit body and he was more than willing to work on the rest. We were very lucky when finally, after auditioning with a very good mainstream modeling agency, he cleared the audition and became India’s first mainstream fashion model with autism.

Q. What is your favorite part about being Mr. Pranav’s mother?
Every single thing! I feel so honored that I am his mother and a mother to his older sister, an amazing sibling. I love our journey as it unfolds itself each day. I get the strength to face all the challenges from him and there is nothing that I would not do for him. I love the fact that he is such an empathetic, affable and polite young man and his witty ‘Pranavisms’ are worth documenting. I love the way he changed the narrative about special individuals always being in the position of receiving support. They can offer support, too, Pranav proved during the COVID times. He was anxious and worried about people not wearing masks, the deaths, the migrant laborers, and the lockdown. I suggested to him that he cannot change things but he can help. He was as it is inspired by people who he saw helping others. He pooled in his earnings as a model and a photographer and designed three sets of trays and coasters. He used two of his photographs and one of his photoshop designs. He tried to spread the word through social media and was able to sell the products. He managed to collect a considerable amount of money and donated it to the PM Cares fund to help support the COVID effect. Well, his feeling of joy and fulfillment was indescribable and so was my happiness and pride.

Q. What do you wish to tell other caregivers of Autistic Persons?

Sounds very cliched but every cloud comes with a silver lining. ‘Can do’ narrative, instead of ‘can’t do’ is the right approach. Even the uneven skill profile carries a promise. The strengths can be worked upon. Overall, I am very wary of the ‘suffer from autism’ narrative. It is a condition and individuals with autism brave all odds to live with the condition. Let us not belittle their journeys by labeling them as ‘sufferers’. Since Pranav is such a big Marvel fan, his autism was introduced to him as his superpower and he believes in this positive stance. There is time enough for him to discover the limitations of superpowers and the humanization of superheroes but it works best for him and us.

Recommend someone you know for the 1SpecialPlace Little Miracles! Mail us at info@1specialplace.com 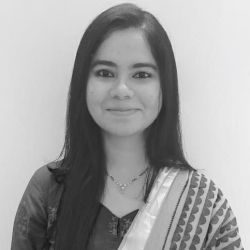