Online Speech Therapy, “I give mobile-only during eating. Otherwise, he will not eat. So I give him for about three hours in a day only while eating.” This is a very common statement by mothers of young children who resort to showing the screen to feed their otherwise difficult kid. One of the biggest challenges in parenting these days is the screen time that children are getting addicted to.

But in no time it changes from being an alternate to an addiction. We have several studies that support that screen time has a hazardous effect not only on the speech and language development of the child but also on overall brain development.

Below are some of the observations which have been made due to prolonged screen time:

Many times when this is explained to the parents, they ask a question ‘how much is too much?’ A simple way to answer this is how much communication is happening at that time. What is the child watching? Is it age-appropriate? Is it only watching what the child is doing or there is any thinking and cognitive activity involved? Answering these questions would give you the difference between screen time and online speech therapy. Answering this is very important as many parents confuse online speech therapy to screen time.

Let’s first discuss the pros and cons of screen time.

Imagine a mother is cooking and to finish her works faster, she resolves to give an iPad/mobile/TV to a two-year-old toddler. The two-year-old sit watching some cartoons there for nearly two hours till the mother finishes all the works. She would probably be thinking it was easy as there was no messing up, no disturbance from the toddler, and work was very effectively done. Online Speech Therapy saves time and cost of travel. It promises better continued therapy overcoming situations like bad weather, traffic jams, unwell parents etc.

The work was done fast, there was no mess created, and everything in the kitchen is in place. Sounds perfect…isn’t it? But in these two  hours what did the child miss? The child missed 2 hours of physical activity, two hours of interaction with the mother, two hours of incidental learning, and millions and millions of words that the child would have otherwise been exposed to if there was interaction with the mother and other significant family members. The following are some of the common observations the screen is doing to the child.

Many parents come up with questions like “You recommend reduced screen time but advocate online speech and language sessions. Aren’t both the same?” The answer is NO. There are a clear difference and a huge difference between them both. This article is especially dedicated to differentiating between the two.

Let’s now know what is online speech and language therapy.

The following points would give a very clear picture of what is Online Speech and Language therapy.

Here it is also important to know what online speech therapy is not. Speech therapy does not involve just showing some random videos to the child and playing some games online. Online Speech Therapy can be used with clients of many ages and ability levels. It is a great method of speech therapy for children, adolescents, adults and seniors. Online games and videos are used in speech therapy to elicit a particular response and are used for limited period of time. 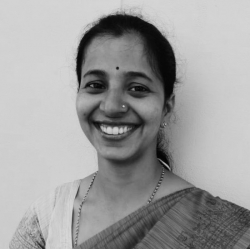