What Is A Speech Disorder?

What Is A Speech Disorder? What is a Speech Disorder or Speech Impairment?

The above definition has been given by Van Riper & Erickson.

The above definition can be viewed in 3 parts. The first part indicates that speech is so different that of other people that it calls attention to itself or is conspicuous. It varies so much that everyone notices it.

For e.g – A 2 year old saying “lellow” for “lellow” would not be viewed as a speech disorder because most toddlers at 2 years would be making that error, but an adult who said ‘lellow’ would be speaking up in an abormal way. Read here about some myths about children learning to talk.In some cultures speaking in a nasal voice is considered alright, while in some others a very nasal way of speaking can be considered deviant and might call attention. Most of us sometimes hesitate to talk but we are not all considered to be stuttering.

In the second part of the above definition, speech can be impaired if it interferes with communication or is difficult to understand.  We speak to communicate our thoughts and ideas. If our ideas are not understood by the listener then the communication process breaks down and the purpose of speaking isn’t solved.If a speaker cant communicate his ideas and messages clearly, we might feel he has a speech disorder. For e.g. – A 12 year old saying “mute paapi peepa ae”  for “mujhe paani peena hai” ( Hindi for I want to drink water) is unclear speech and hence a disorder.

Download our App Speech Doctor to test if your child has a speech delay.

The last part of the above definition highlights that speech an be impaired if it provokes stress in the speaker or listener that is it is unpleasant to both the speaker and listener. For e.g people with cluttering can be so fast and unclear that the listener can get stressed and feel unpleasant. People with stuttering can be very stressed themselves while speaking. 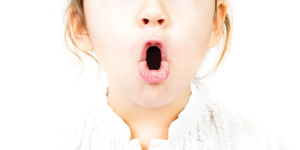 Do you or your child need professional help and speech therapy ( Speech Therapy in India )? Read here to find out.