1SpecialPlaceBlogblogSwallowing: The WH’s of Dysphagia 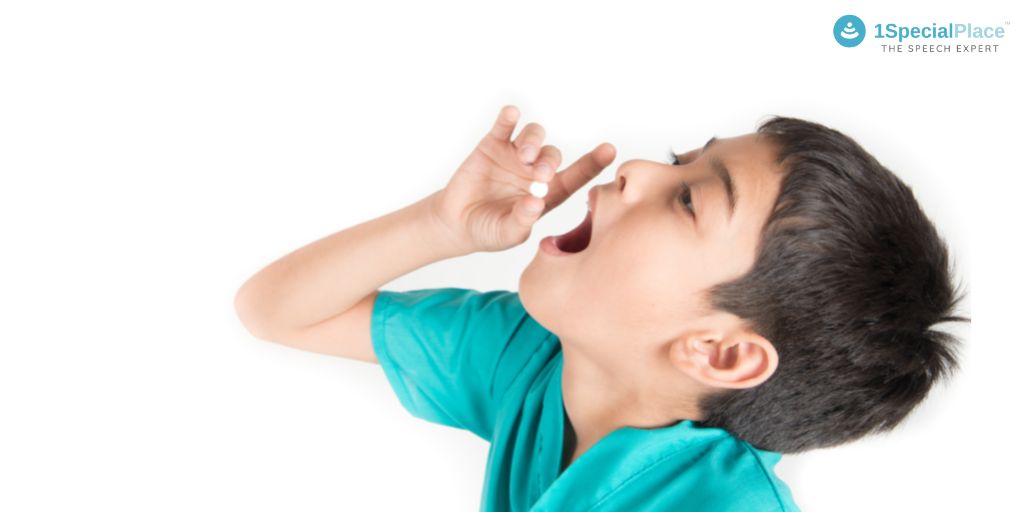 Dysphagia refers to a difficulty in the process of swallowing, where it takes more effort than normal to move food from the mouth to the stomach. Dysphagia can be associated with pain (odynophagia) and is common among young babies and older adults.

It is a problem with swallowing that makes it difficult to get food or drink from your mouth to your stomach. Dysphagia is a painful condition. Swallowing can be difficult in several instances. Having trouble swallowing on occasion, such as when you eat too quickly or don’t chew your food thoroughly, is usually not a cause for concern. Persistent dysphagia, on the other hand, might be a significant medical problem that need treatment.

Factors that are at risk

Dysphagia can result from a variety of factors, including: 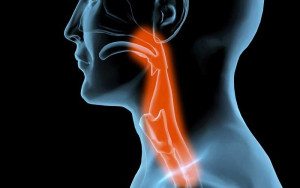 How do we swallow?

The normal process of swallow is a complex mechanism, involving the coordination of the brain, muscles, nerves, valves, esophagus and the stomach, to ensure passing of food from the mouth to the stomach.

In the first phase, food or liquid is contained in the mouth by the tongue and palate (oral cavity). This phase is voluntary and under our control. 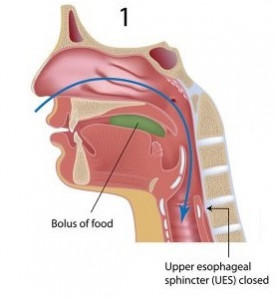 The second phase begins when the brain makes the decision to swallow. At this point, a complex series of reflexes begin, the food is thrust from the oral cavity into the throat (pharynx). A muscular valve at the bottom of the pharynx opens, allowing food to enter the esophagus, and other muscles close the airway (trachea) to prevent food from entering the airways. This second phase takes less than half a second, and is involuntary. 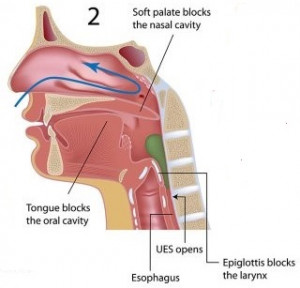 The third phase starts when food enters the esophagus. The esophagus, which is about nine inches long, is a muscular tube that produces waves of coordinated contractions (peristalsis). A muscular valve at the end of the oesophagus opens as the oesophagus contracts, propelling food into the stomach. The third phase of swallowing takes six to eight seconds to complete and is involuntary. 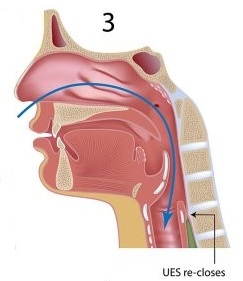 Dysphagia can occur at any age, but it’s more common in older adults. Dysphagia can be caused by a difficulty anywhere in the three phases of the swallowing process.

An important finding was that at least 55% of patients admitted to ICU post-COVID 19 complications had Dysphagia. Treatment including Mechanical Ventilator led to more severe dysphagia.

Subsequently, evaluation for Severity of Dysphagia on Day 0, Day 7, Day 21, and Day 28 was recorded. Treatment for dysphagia started simultaneously.

Oral phase dysphagia-The problem is in the mouth, sometimes caused by tongue weakness after a stroke, difficulty chewing food, or problems transporting food from the mouth. When you start to swallow, certain conditions might weaken your throat muscles, making it harder to transport food from your mouth into your neck and oesophagus. When you try to swallow or experience the sensation of food or fluids flowing down your windpipe (trachea) or up your nose, you may choke, gag, or cough.

Pharyngeal phase dysphagia – The problem is in the throat. Issues in the throat are often caused by a neurological problem that affects the nerves (such as Parkinson’s disease, stroke, or amyotrophic lateral sclerosis). Stroke survivors frequently experience dysphagia, which can disrupt the oral and/or pharyngeal phases of swallowing. When attempting to swallow saliva, beverages, or food, the patient may cough or choke.

Esophageal dysphagia – The problem is in the esophagus. This is usually because of a blockage or irritation. Often, a surgical procedure is required. This is an esophageal issue. When anything plugs or compresses the oesophagus, a muscle problem occurs, or there are pouches in the oesophagus, this occurs.

Why does Dysphagia occur?

When there is a problem with the brain control or structures involved in any phase of the swallowing process, it is called dysphagia. It may be difficult to move food around in the mouth for chewing if the tongue or cheek muscles are weak. A stroke or another nervous system issue might make it difficult to initiate the swallowing response, which permits food and liquids to pass through the throat securely. Another issue arises when weak neck muscles, such as those left over from cancer surgery, are unable to transfer all of the food to the stomach.

There are many possible caused of dysphagia. The few common ones are:

An incurable form of progressive neurodegeneration; over time, the nerves in the spine and brain progressively lose function.

Lower esophageal muscle does not relax enough to allow food into the stomach, resulting in difficulty in esophageal phase.

The death of brain cells due to lack of oxygen and reduced blood flow causing dysphagia.

Narrowing of a small portion of the esophagus, preventing solid foods from passing through it.

Severely elevated levels of eosinophils (a type of white blood cell) in the esophagus, attacking the gastrointestinal system, leading to vomiting and difficulty with swallowing food.

The central nervous system is attacked by the immune system, destroying myelin, which normally protects the nerves, resulting in dysfunction of nervous system related to swallow.

An autoimmune disorder where the muscles under voluntary control become easily tired and weak, resulting in weak/ difficult swallow coordination.

Patients who received radiation therapy (radiotherapy) to the neck and head area may have swallowing difficulties.

Types of abnormal developments of the face due to incomplete fusing of bones in the head, resulting in gaps (clefts) in the palate and lip to nose area, affecting the oral and pharyngeal phases of swallow.

A group of rare autoimmune diseases where the skin and connective tissues become tighter and harden, making transport of bolus from mouth to stomach difficult.

A kind of cancer in the esophagus, usually related to either alcohol and smoking, or gastroesophageal reflux disease (GERD), affecting the esophageal phase of swallowing.

Narrowing of the esophagus, often related to GERD, hampering the peristaltic movements.

There is not enough saliva to keep the mouth wet, and help in transport of the bolus.

Some patients have dysphagia and are unaware of it — in these cases, it may go undiagnosed and not be treated, raising the risk of aspiration pneumonia (a lung infection that can develop after accidentally inhaling saliva or food particles). Undiagnosed dysphagia may also lead to dehydration and malnutrition.

How do we identify symptoms related to Dysphagia?

Patients experiencing any of the symptoms associated with difficulty in swallowing, must immediately contact a medical professional, for treatment.

We would love to hear your comments/ reviews on the article, and other suggestions that you feel fit on dysphagia. Kindly register and please leave us a reply.

When should you see a Speech therapist?

If you have trouble swallowing on a regular basis, or if your dysphagia is accompanied by weight loss, regurgitation, or vomiting, see your doctor.

Wether breathing becomes difficult due to a blockage, get emergency assistance right once. A speech-language pathologist will typically evaluate a patient’s ability to swallow in order to assess the risk of aspiration (food or liquid entering the lungs), which can result in a lung infection or pneumonia.