Why ‘Lots of Socks’ for World Down Syndrome Day?

Why ‘Lots of Socks’ for World Down Syndrome Day? Down syndrome was first characterized as a separate form of mental disability in 1862 by English physician John Langdon Down. Later  Jérôme Lejeune discovered it to be a cause of  Trisomy of the 21st chromosome. In the 19th and 20th centuries, many individuals with Down syndrome were institutionalized, few of the associated medical problems were treated.

The first World Down Syndrome Day ( WDSD) was held on March 21st, 2006. The day and month of the day were not coincidental but were chosen specifically to correspond with 21 and trisomy.

Down Syndrome Association Singapore launched and hosted the WDSD website from 2006-2010, on behalf of DSi, for global activities to be recorded. On 19 December 211, the United Nations General Assembly declared 21 March as World Down Syndrome Day. 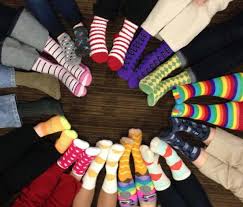 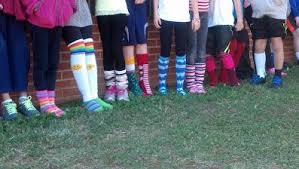 In 2013, the theme of Wearing Odd Socks was initiated to raise awareness. Over time it has also been promoted as Lots of Socks. The idea was created because chromosomes are shaped “like socks” and people with Down’s Syndrome have an extra chromosome. 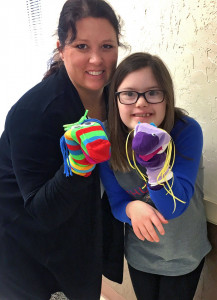 People all over the world wear colourful, attractive, wacky socks on WDSD to get noticed. Other sock-themed activities like puppet making and games are also carried out in schools, playgroups, daycares, and workstations. 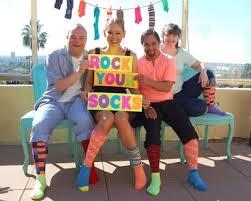 From the USA to Australia, the unique talents and abilities of people with Down Syndrome are celebrated. And the invitation is extended all around the globe to rally behind the #lotsofsocks campaign by wearing socks. To get people talking and asking questions, the organizers of WDSD recommend wearing, “not just any socks, brightly coloured socks, mismatched socks, long socks, printed socks, one sock. Maybe even three socks, one for each chromosome.” Get involved in this wonderful drive to raise awareness for World Down Syndrome Day! Pick out all your socks and flash them in your community.

Share what you did to raise awareness about WDSD in your community! We would love to hear from you.