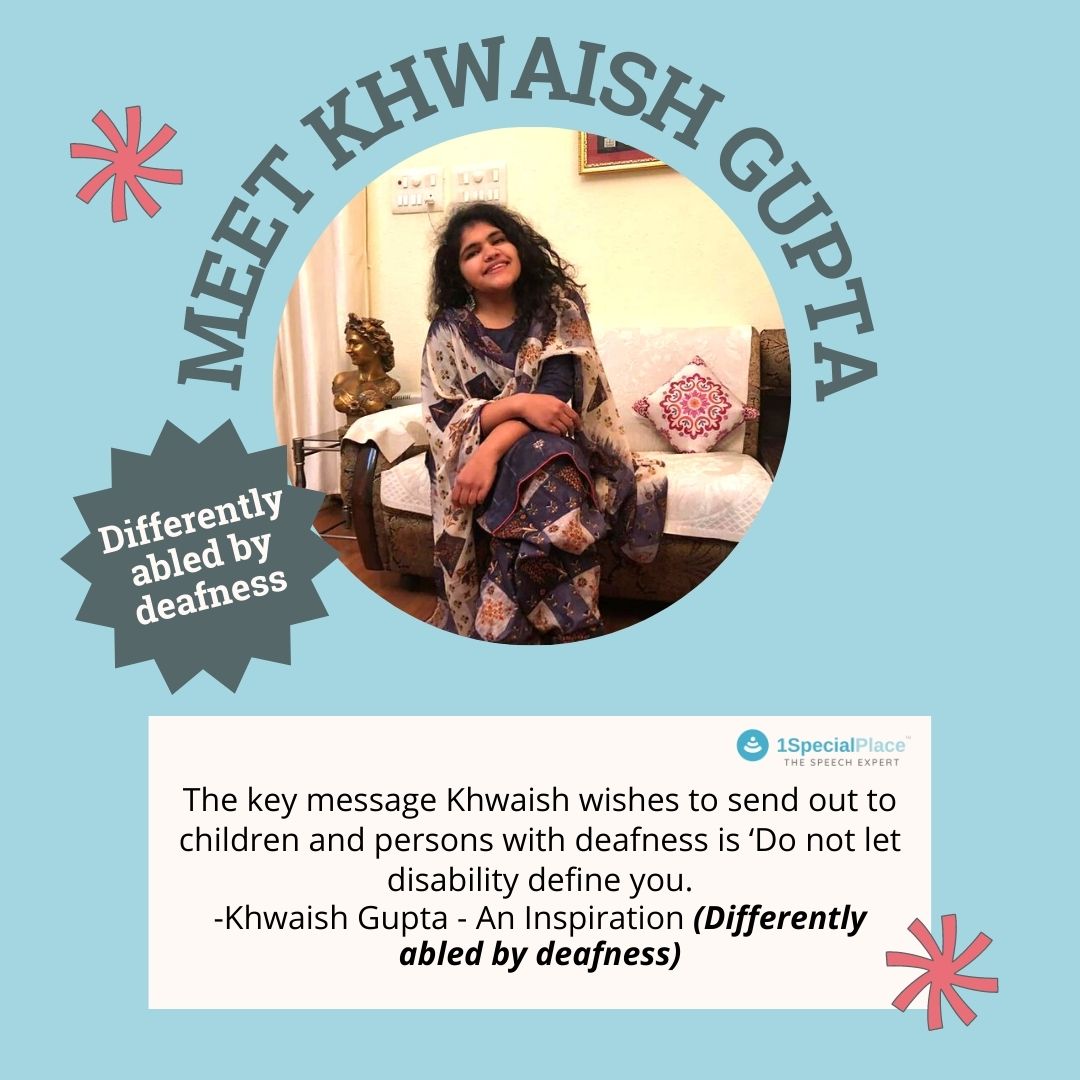 “The Handicap of Deafness is not in the ear; it is in the mind“

Deafness certainly doesn’t make a person dumb or weak. We often hear about the challenges children and young people with disabilities face, yet some people find success beyond the barriers with their unstoppable perseverance and excel beyond their anomaly.

Differently abled by deafness, Khwaish Gupta has endured her share of challenges caused by her hearing loss. But, that is merely one aspect of her. It doesn’t stop her from realizing her dreams. Now an 18-year-old girl, Khwaish Gupta is a school captain at Bajaj Institute of Learning. She comes from the picturesque city Dehradun. Khwaish has been brought up with a great deal of love and patience by her parents Colonel Munendra Gupta and Mrs Bhanu Gupta, a special educator and examiner with IGNOU. She shares a lovely bond with her younger brother Harshvardhan. She recounts, “My name is Khwaish because my father wanted a daughter and his desire came true, so he named me Khwaish which means desire”. 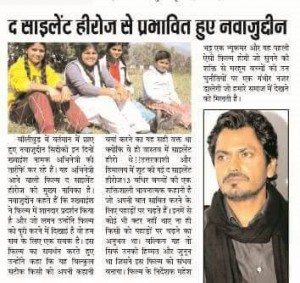 According to the World Health Organisation, more than 5 per cent of the world’s population have disabling hearing loss (amounting to 328 million adults and 32 million children). 18 percent of India’s persons with disabilities have a hearing impairment, as per Census. This would mean that India arguably has the largest deaf population in the world.

“Understand your abilities and play to your strengths”, demands Khwaish.

She credits her parents to have stood by her whenever she felt low and doubted her abilities. “They have taught me to never give up and to keep trying” says a confident Khwaish. She says her parents have taught her to be assertive about her rights in the society. So, she never grew up thinking of herself as disabled; mainly because her parents did not treat her that way.

An audiological (hearing) test revealed that she would not benefit from hearing aids or a cochlear implant. However, her parents valued communication in any form. Sign language empowered her to communicate with her parents at home, in school and in their communities.

The key message Khwaish wishes to send out to children and persons with deafness is ‘Do not let disability define you’. She takes pride in excelling in many state and interstate art, theatre and sports events. She has won laurels in painting, Rangoli, Quiz, dance, action songs and in sports such as chess, badminton and volleyball. Khwaish enjoys watching English movies, swimming and partying with her friends and can do everything that her hearing peers can do, except hear! But Khwaish’s special abilities succinctly says that she has not been a victim of other people’s assumptions or negative attitudes towards disability.

Hold your horses, Khwaish’s laurels do not rest just there. She has performed a massive feat in a Mahesh Bhatt movie called ‘The Silent Heroes’ with twelve other deaf children. She has wowed many with her performance in the movie which is about a mountaineering expedition that accounts for the resilience of human spirit and its ability to triumph over disability.

No one achieves success alone. Khwaish Gupta, we wish you success in all your endeavours and may the force be with you! If this story has inspired you, share it with others.

Little Miracle Series aims to honour and recognize children who have excelled despite their challenges. If you have a story to share, please write us on info@1specialplace.com

This article was written by our therapist Anjana Sathyabodha

Recommend someone who you think is a Little Miracle and we will feature them! Mail us at info@1specialplace.com